Available to you via checkout

Looking to pay in crpyto? Just let us know when reaching out!

Hornet & Wasp Removal in the GTA

Fast and Effective Hornet & Wasp Removal Without the Stings!

Hornets and wasps are a pain to deal with. They build nests around your home and garden – under your porch, under your eaves, up in trees and in your shed – places where people walk and where your children play. Hornets and wasps are instinctively programmed to protect their nest, so if you get too close then you could find yourself with a nasty sting!

There are many different ways that you can remove wasps and hornets. You can try to remove the nest yourself or use one of the many types of hornet and wasp removal products, but not only is this dangerous because you have to get close to the nest but it only means they’ll set up somewhere else, and likely not too far from the nest you just removed!

Try our hornet & wasp removal services – we guarantee our results! 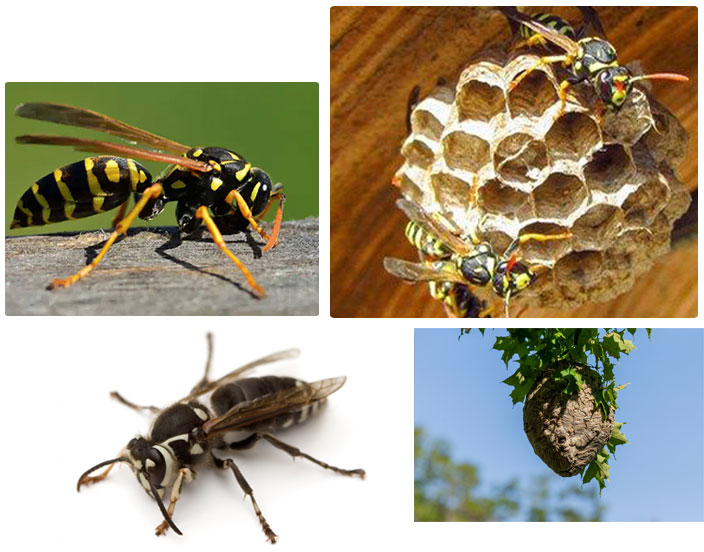 Trust the Experts at Pest Protection Plus!

We’re a professional pest control company and we’re experts at hornet and wasp removal. Our trained technicians will not only remove the nest, but we’ll treat the area to make sure that they don’t come back! We’re so confident in our work that we offer a six month guarantee!

Our results are 100% guaranteed! If wasps or hornets build another nest in the immediate area that we’ve treated within six months, we’ll come back … absolutely FREE!

Why would you use hornet and wasp removal services from us instead of other pest control companies in the Toronto area?So glad you asked! Here’s why …

We are here for you 24/7. Reach out to us at any time and we will get rid of the issue and get you back to safety right away!

Some companies offer cheaper prices but cut corners and do a poor job. Our trained hornet and wasp removal technicians do the job right, every time!

We’re so confident in the quality of our work that if you use our hornet & wasp removal services and they build another nest in the immediate area within six months, we’ll come back – at no additional cost!

Here are some links that you might find useful if you’re dealing with hornets or wasps:

Dealing with Wasps or Hornets?

Check out these fast facts about wasps and hornets.

Spend more than a few minutes outside in the GTA during the summer months and you’ll likely see a hornet or wasp buzzing around. While most people think of hornets and wasps as nuisances, they’re actually an important part of our ecosystem, keeping the population of other insects in check.

Check out these interesting hornet and wasp facts and FAQ’s.

Are Wasp or Hornet Stings Fatal?

For the most part, wasp and hornet stings are not fatal. For most people, the sting area will be sore and swollen for a few days, but after that the sting will go away.

However, stings from hornets, wasps, bees and other types of insects can trigger allergic reactions in some people. This is called an anaphylactic reaction, anaphylactic shock, or anaphylaxsis. When this happens, the reaction is much more serious that for someone not allergic to stings, and this can be fatal.

Another case where wasp or hornet stings can be fatal is if someone gets stung multiple times. Wasps and hornets have a defence mechanism where if they feel like their nest is being threatened they will release a pheromone. Other wasps and hornets from the nest will sense this chemical release and attack, resulting in multiple stings that could be fatal.

Do Wasps & Hornets Die After Stinging Someone?

How Do You Treat a Wasp or Hornet Sting?

When a wasp or hornet stings you, they inject a small amount of poison. Your body reacts to this poison, causing the sting area to get swollen and itch. For mild stings, the best treatment is to wash the area with soap and water. You may apply an ice pack to help control swelling, and if the area is very itchy then you can take an over-the-counter antihistamine.

After treating the sting, call the professionals at Pest Protection Plus to get rid of the nest so no-one will get stung again!

Do Wasps or Hornets Pollinate?

Unlike bees, wasps and hornets do not pollinate. But even though they’re not pollinators, wasps and hornets play an important role in our ecosystem: they eat insects such as spiders, flies, ants, caterpillars and bees, so they do control the populations of other insects. Hornets and wasps also like sugary foods, so if you’re drinking pop or fruit juice outside and there are hornets or wasps in the area they’re likely to pay you a visit!

Get a Free Quote

Fill out the following form and one of our pest control experts will call or text you within a few hours with a no obligation raccoon removal services quote.

It’s the time of year when ants are everywhere – hundreds of thousands of them! Ants are a common problem both outside and inside – they’ll build a nest outside your home but they’ll inevitably find a way inside as they’re looking for food for the colony. Trust the ant control services from the experts at Pest Protection Plus!

Spider and insect infestations seem on the rise in southern Ontario. It’s unlikely that you’ll find a poisonous spider in your home – there are two species of spiders that are considered dangerous to humans (the recluse spider and the black widow spider) but they aren’t found in Canada.

There are a number if insects in Ontario that that love to use your home as a breeding ground. Things like centipedes, millipedes and boxelder bugs thrive in certain environments and can be a nuisance to homeowners. There are effective control methods that can help protect your home from infestations.

Mosquitoes and ticks can be a pain during any sort of outdoor activity, and with itchy bites and the recent emergence of the Zika virus and Lyme disease, it’s even more important that you protect yourself, your family and friends from these pesky nuisances!

Ticks are becoming more and more of a threat across Ontario. Ticks feed off of both people and animals and getting bit can put one at risk of lyme disease. We offer safe solutions to protect your yard from ticks so that you can remove the threat and enjoy your yard.

Creepy, disgusting, harmful bed bugs … nobody wants them! If you’ve found some unwanted visitors in your bed, call Pest Protection Plus. Our trained technicians will get rid of bed bugs in your home for once and for all.

Dealing with cockroaches in your home is a very unpleasant experience. These pests are dirty, contaminate food and surfaces with feces, and can carry diseases and cause asthma and eczema. To make things worse, they spread easily and can readily slip into your luggage on a business trip, and they reproduce quickly so a single cockroach can become an infestation very quickly.

learn more
Whatever The Pest… We Do It Best!
Call, Text, Online Message or Email us for a free no obligation quote or to get helpful information from one of our licensed professionals!